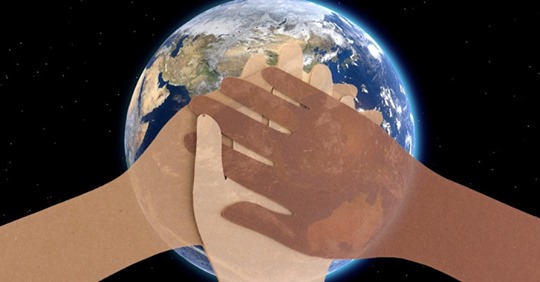 Most people think that human beings are fundamentally competitive, and they may be right if we look at human history. Industrialists and economists believed that Darwin’s theories justified an economy of vicious competition and inequality. This has left us with a legacy that says that the corporate economy — where wealth stays in the hands of a few — is best for humanity. This was always a distortion of Darwin’s ideas. Darwin, in his book “The Descent of Man,” states that the human species had succeeded because of qualities like sharing and compassion:

He was not an economist, but wealth-sharing and cooperation have always looked more consistent with his conclusions.

There have been studies and research done on animals and humans in highlighting the benefits of cooperation. One of them was done by Michael Tomasello, who has done years of studies and concluded that the result in the study of animals showed that social selection had favored cooperation. He wrote:

“Individuals who attempted to hog all of the food at a scavenged carcass would be actively repelled by others, and perhaps shunned in other ways as well.”

Humanity began its existence from the Stone Age, where survival of the fittest was the rule of the time. It had to compete with the elements and hunt for food for its survival. Unfortunately, as man’s intellect developed and his economic circumstances improved, he did not have to be the fittest to survive, but he behaved in the same manner. It is an accepted philosophy that competition is praiseworthy at any cost and in all manners without considering the consequences. Economic theories are constructed on this philosophy, and it has become the second nature in most capitalistic societies. Baha’i Writings do not agree with this philosophy.

In the world of nature we behold the living organisms in a ceaseless struggle for existence. Everywhere we are confronted by the evidences of the physical survival of the fittest. This is the very source of error and misapprehension in the opinions and the theories of man who fail to realize that the world of nature is inherently defective in cause and outcome and that the defects therein must be removed by education.

In another talk at Stanford University that same year, Abdu’l-Baha explained:

In nature there is the law of the survival of the fittest.  Even if man be not educated, then according to the natural institutes this natural law will demand of man supremacy.  The purpose and object of schools, colleges and universities is to educate man and thereby rescue and redeem him from the exigencies and defects of nature and to awaken within him the capability of controlling and appropriating nature’s bounties.

Although collaboration is getting more recognition these days it still has been entirely ignored in the economic field. The recent pandemic has highlighted both sides. We have seen the ugly side when different countries and states compete to buy the equipment to fight the virus, which led to skyrocketing prices that the developing countries can never afford. We can find countless examples of collaboration between individuals, communities, nations, and companies. People went out of their way to cooperate and share their resources. I read a social media statement that caught my attention: “Collaboration is our world’s most essential value right now.”

It briefly explains the importance of collaboration instead of competing. It looks to me and many others that the survival of humanity depends on this essential human quality instilled in our soul’s DNA by the creator.

This is how Abdu’l-Baha described cooperation:

Time has come to do away with old habits of competition that has stayed with us from our primitive days. Even though the scenario has now changed, but instead of hunting and fighting, we still compete for territory, firms, businesses, and corporations compete in the same spirit of destruction. The big fish eats the small fish, and this is considered to be a success. But it is time for the fish to live and collaborate. We have to educate ourselves to get rid of this remnant of Stone Age behavior which has no place in modern society.

There is nothing wrong with competing. We have seen even in the writings that encourage competing in the service to humanity. If we want to compete, it should be in the spiritual realm; we should strive to be the most generous person, to be the most kind. That is the real competition.

That is a healthy and spiritual competition that creates no harm, and it just increases the level of service to God and humanity. I am waiting for the day when the phrase “Survival of the Nicest” becomes more popular and appreciated.