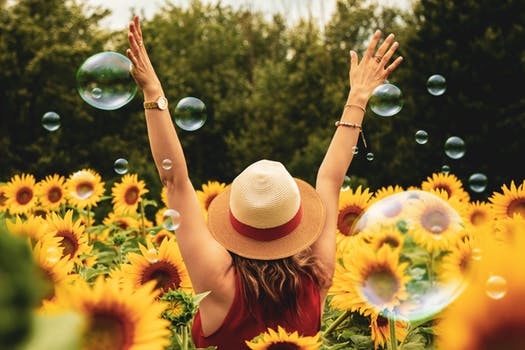 We live in an age in which new ideas are born each day in every field of learning. I find quite interesting the many alternative ideas and theories suggesting new ways of solving our economic problems. As a member of the Baha’i Faith, I like to examine these theories from a Baha’i point of view. You may be wondering what needs fixing in the current economic situation in the world. One worthy answer to that question can be found in these words of Abdu’l-Baha:

Of all the new concepts out there, I am especially attracted to two: Gross National Happiness and “barefoot economics.”

As you probably know, the Gross National Product (GNP)—the total production of a given country—is the yardstick typically used to measure the economic progress or growth of a nation.  A higher GNP means more production and more growth in a given country. However, the GNP’s effectiveness has been challenged by other concepts such as Gross National Happiness (GNH).

A philosophy introduced by the king of Bhutan in 1972, GNH is calculated by an index that measures the collective happiness and well-being of a population. GNH is the goal of the government of Bhutan as stated in its constitution, enacted on 18 July 2008. The Bhutan GNH Index was first published in 2012.

GNH values collective happiness as the goal of governance, by emphasizing harmony with nature and traditional values as expressed in nine domains of happiness and four pillars of GNH. The four pillars are:

Acclaimed Chilean economist Manfred Max-Neef introduced the concept of “barefoot economics” in the 1980s. He explained, “The point is, you know, that economists study and analyze poverty in their nice offices, have all the statistics, make all the models, and are convinced that they know everything that you can know about poverty. But they don’t understand poverty.”

Max-Neef believes we have to look at economics with a new approach and change it fundamentally—or else humanity is bound to have a disastrous future. He says a good economic system has to be desirable to everyone since one is supposed to be designed and implemented for everyone. He is disappointed that most governments and economists in the world failed to learn from the financial crisis of 2008—even though they acknowledge the current economic system isn’t working (and some even say it’s poisonous).

1. The economy exists to serve the people, rather than the people existing to serve the economy
2. Development is about people and not about objects
3. Growth is not the same as development, and development does not necessarily require growth
4. No economy is possible in the absence of ecosystem services
5. The economy is a subsystem of a larger finite system, the biosphere, and so permanent growth is impossible

The fundamental value for sustaining a new economy should be that economic interest will never be allowed, under any circumstances, to be valued above reverence of life.

Correlation With The Baha’i Teachings

The central themes of GNH and “barefoot economics”—humanity’s happiness and respect for nature— are valued in the Baha’i teachings. It’s exciting to me that so many people with great awareness are looking at the economic problems of the world and offering remedies for its ills. I believe some of these wonderful ideas offered by so many amazing people will be considered for and incorporated into future economic systems. At the same time, it can be confusing to read, study, and try to synthesize all these different concepts and ideas, so I often use the Baha’i writings as my yardstick to place them in context and assess their value and effectiveness in solving economic problems. In that spirit, I’ll close with two passages sharing Baha’i perspectives on economics and how to effect fundamental economic change:

The secrets of the whole economic question are divine in nature, and are concerned with the world of the heart and spirit. In the Baha’i teachings this is most completely explained, and without the consideration of the Baha’i teachings, it is impossible to bring about a better state.

By the statement ‘the economic solution is divine in nature’ is meant that religion alone can, in the last resort, bring in man’s nature such a fundamental change as to enable him to adjust the economic relationships of society. It is only in this way that man can control the economic forces that threaten to disrupt the foundations of his existence, and thus assert his mastery over the forces of nature.