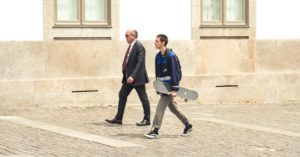 In most societies it’s common for older people to not trust the judgement of younger people. The reason usually given is that youth lack experience. And this is true — young people don’t have the same amount of experience. But this reasoning never satisfies me because it ignores some of the insight and courage of younger generations.

Working with young people most of my professional life, I’ve observed an increase in criticism of millennials and the generation after them, Generation Z. I see this on social media and hear it in my conversations, and I feel this attitude has become more extreme.

In recent years as the confusion and problems of the world have increased, younger generations are getting more than their share of criticism. Many Baby Boomers wonder if there will be enough workers to take care of them when they have to depend on the services that should see them through the rest of their lives. At the same time, millennials and Gen Z wonder if there will be any future at all for them.

When I was younger, I also had my share of older people saying I lacked experience. But within the Baha’i community, I was so proud to hear adults say, “Youth can move the world.”

It’s a quote that comes from the Universal House of Justice, the global governing body of the Baha’i Faith:

Undoubtedly, it is within your power to contribute significantly to shaping the societies of the coming century; youth can move the world. -The Universal House of Justice, Baha’i Youth Spiritual Empowerment Program

I think the reason millennials are not following in the footsteps of older generations is that the problems of the world have led them to believe that they alone understand the gravity of the situation. After all, it directly affects them. They are the ones who have to solve it. In that way, I say, thank God they are not like my generation.

My aim is not to discredit the Baby Boomers, which is my generation, or the generations that came before. We worked hard and attained some significant achievements, but sadly it often feels like those were mostly material achievements, and some of them came at a great price. The mistake that was made was an overemphasis on achieving wealth at any cost, believing that wealth signified progress.

What previous generations missed — and what we are still missing — are the spiritual and moral goals to offset the damage created by an excess of material progress.

This lust for material progress has brought us to such a critical state that younger generations feel there will be no future left for them to enjoy. Their cries and protests now can be heard all over the world.

The Baha’i teachings uphold the belief that the young generation will bring about a new order in the world and will maintain its governance. So I am very clear about my attitudes towards young people and have devoted my energies to encourage and support them in any way possible.

The present problems of the world are overwhelming and beyond the capacity of our generation due to the fact that our solutions are outdated and ineffective. The world is in need of a fresh and fundamental change in its outlook and approach to tackling the ever-increasing crisis of the world:

The present condition of the world — its economic instability, social dissensions, political dissatisfaction and international distrust – should awaken the youth from their slumber and make them inquire what the future is going to bring. It is surely they who will suffer most if some calamity sweep over the world. They should therefore open their eyes to the existing conditions, study the evil forces that are at play and then with a concerted effort arise and bring about the necessary reforms — reforms that shall contain within their scope the spiritual as well as social and political phases of human life.  – Shoghi Effendi, March 13, 1932 to an individual believer, published in “Baha’i News” 68 (November 1932), p. 3.

I believe the recent challenges of our time have awakened the youth and have brought forward many individuals that have exemplified passion, wisdom and devotion to such an extent that they inspire admiration in all. Our future depends on the tender shoulders of the millennials and Generation Z. They can certainly use all the help and support they can get from my generation to undo the mistakes that we have made.

Simple Living a Solution in Times of Crisis

Ditching the ‘Survival of the Fittest’ Mentality