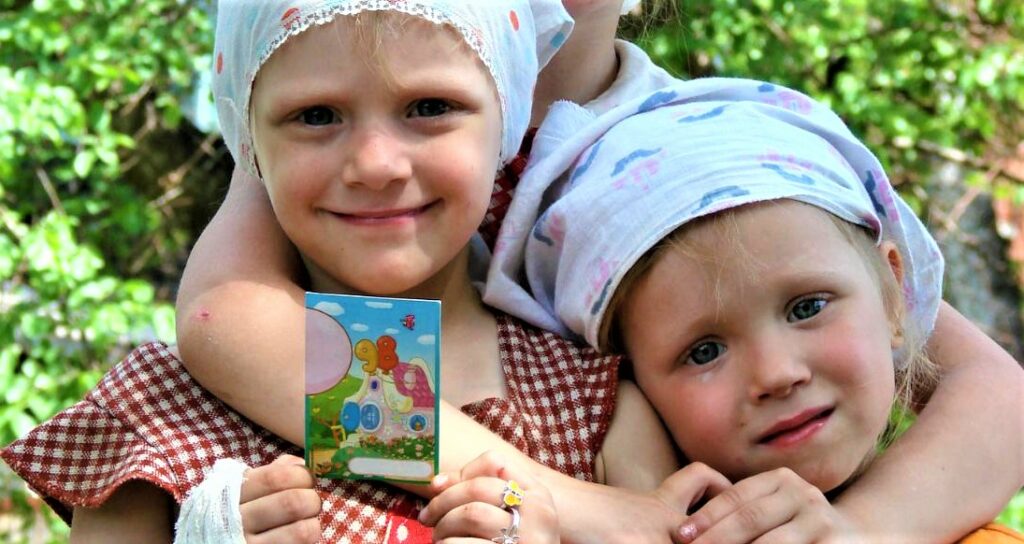 The renowned musician Sting released a profound song called “Russians” during the last years of the Cold War, after the Western level of fear and hatred of Russians had reached a peak.

Sting’s song gently reminded us about the fundamental fact that no matter what country or political ideology we belong to, we are human beings first.

We all have the same basic human emotions, such as love for our children, the lyrics of the song say:

In Europe and America there’s a growing feeling of hysteria
Conditioned to respond to all the threats
In the rhetorical speeches of the Soviets
Mister Krushchev said, “We will bury you”
I don’t subscribe to this point of view
It’d be such an ignorant thing to do
If the Russians love their children too
How can I save my little boy from Oppenheimer’s deadly toy?
There is no monopoly on common sense
On either side of the political fence
We share the same biology, regardless of ideology
Believe me when I say to you
I hope the Russians love their children too

There is no historical precedent
To put the words in the mouth of the president?
There’s no such thing as a winnable war
It’s a lie we don’t believe anymore
Mister Reagan says, “We will protect you”
I don’t subscribe to this point of view
Believe me when I say to you
I hope the Russians love their children too

We share the same biology, regardless of ideology
But what might save us, me and you
Is if the Russians love their children too.

The lyrics seem outdated now, but the message remains fresh and clear. It points us to the universal fact that parents everywhere love their children, worry about their future, and fear losing them.

In the bygone days of the Cold War fear, paranoia, and mistrust reigned. Demagogues stoked those fears. Americans suspected other Americans of being spies or Russian sympathizers. Government hearings caused many Americans to lose their jobs in the arts and entertainment industry, and some even went to jail.

Today, once again, the same kinds of hatred and negative feelings have entered the world – particularly because of the war and the destruction in Ukraine.

The Western mass media’s coverage of this devastating war seems comprehensive and detailed, especially in its reporting of deaths and bombardments. Many stories of suffering Ukrainians are reported.

Sadly, in the West we miss seeing the faces of the suffering on the other side – such as the dead Russian soldier’s mother and father, who do not even know where their son’s body lies. These soldiers were forced to leave home to fight a war that they most likely did not want and were killed, causing great heartbreak for their grieving parents. The Western media has no access to these soldiers or their parents so that they can share their pain and agony, and that is a tragedy because “The Russians love their children too.”

Any human death is a tragedy. It does not matter if they are Ukrainian, Russian, American, or German – the savagery of war has to stop. In a speech he gave in the United States in 1912, Abdu’l-Baha told us why:

For thousands of years men and nations have gone forth to the battlefield to settle their differences. The cause of this has been ignorance and degeneracy. Praise be to God! In this radiant century minds have developed, perceptions have become keener, eyes are illumined and ears attentive. Therefore, it will be impossible for war to continue. Consider human ignorance and inconsistency. A man who kills another man is punished by execution, but a military genius who kills one hundred thousand of his fellow creatures is immortalized as a hero. One man steals a small sum of money and is imprisoned as a thief. Another pillages a whole country and is honored as a patriot and conqueror. A single falsehood brings reproach and censure, but the wiles of politicians and diplomats excite the admiration and praise of a nation. Consider the ignorance and inconsistency of mankind. How darkened and savage are the instincts of humanity!

How much longer does humanity need to realize that there is no winning for those who lose their lives and whose families will grieve and suffer? Sadly, it is mostly young people, who have their whole life ahead of them, who must pay the ultimate price in every war.

How much longer do we glorify killings in our psyches and our cultures through songs and movies? Instead, let’s put all these energies into educating humanity on ways to settle disputes by reasoning and peaceful methods. At the same time, we can work toward getting our governments united, so they can arise against aggressors and stop them.

In his writings, Baha’u’llah has suggested the path that humanity must follow:

The time must come when the imperative necessity for the holding of a vast, an all-embracing assemblage of men will be universally realized. The rulers and kings of the earth must needs attend it, and, participating in its deliberations, must consider such ways and means as will lay the foundations of the world’s Great Peace amongst men. Such a peace demandeth that the Great Powers should resolve, for the sake of the tranquillity of the peoples of the earth, to be fully reconciled among themselves. Should any king take up arms against another, all should unitedly arise and prevent him. If this be done, the nations of the world will no longer require any armaments, except for the purpose of preserving the security of their realms and of maintaining internal order within their territories. This will ensure the peace and composure of every people, government and nation.

We cannot even imagine the amount of money and resources that would be saved by the nations not stockpiling weapons and maintaining huge armed forces. If we stopped our warlike ways, all of those savings could be used for constructive purposes such as eradicating diseases and eliminating poverty.

The news of the Ukraine war has attracted the world’s attention, so it is easy to forget that some Russians in Russia are fighting for freedom, voicing their opposition to this war, and going to jail for speaking out.

As we mourn every death in Ukraine, mourn the destruction of the country and other parts of the globe, let us also grieve with the mothers and fathers of the dead Russian soldiers who died by following orders. Those parents loved their children too.

Now is an excellent time not to get carried away with hate; to take the path of moderation. We can all pray for peace and remind ourselves that not every German was a Nazi, not every person from the Middle East is a terrorist, and not every Russian is a warmonger. The unity and peace of our entire species depends on our ability to transcend national boundaries and, as Baha’u’llah taught, to consider ourselves world citizens.

The Beauty and Benefits When East and West Meet