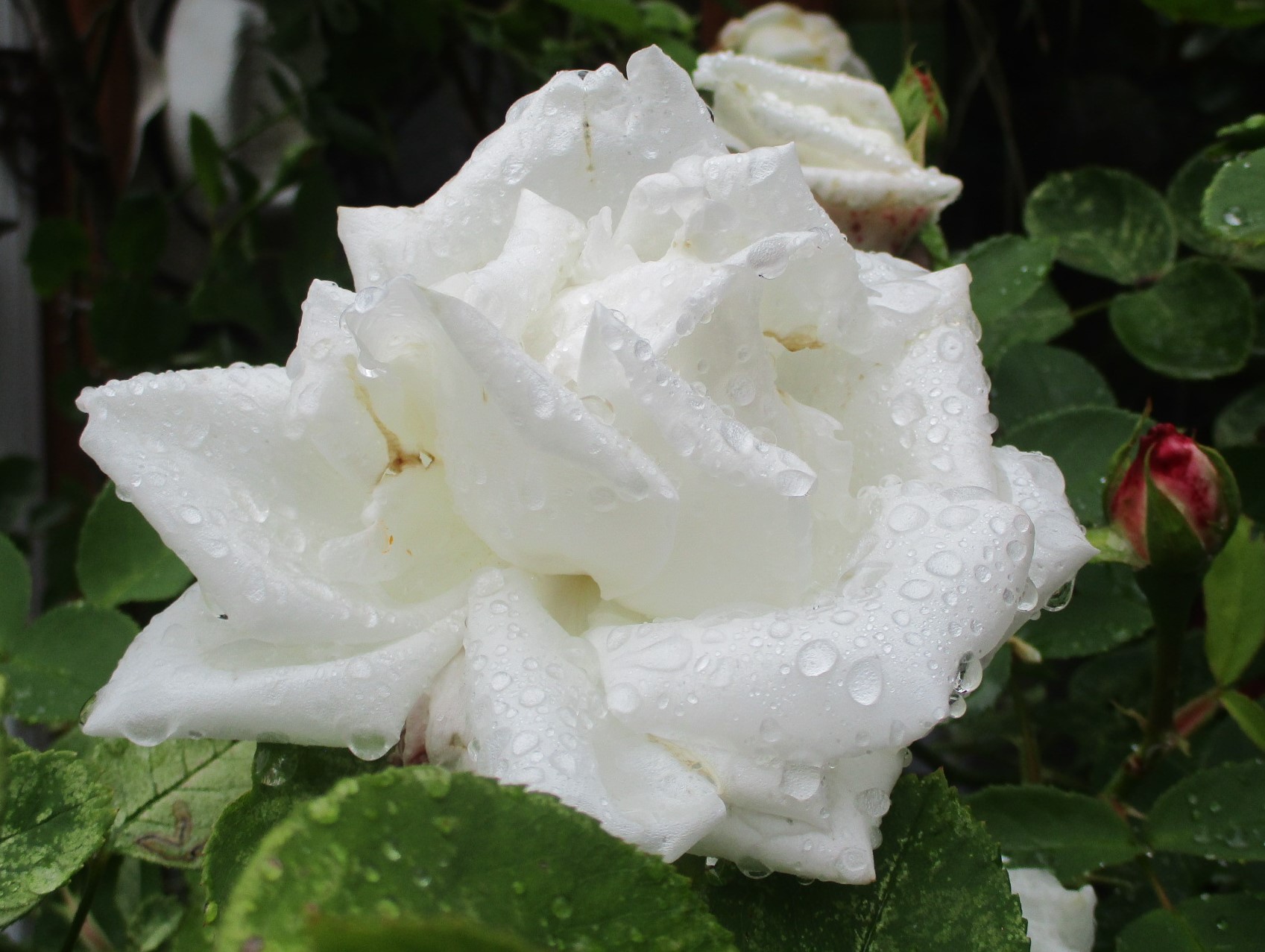 There is no need for my comments since Abdu’l-Baha has perfectly explained the subject of “Strike” in depth.

“You have asked about strikes. Great difficulties have arisen and will continue to arise from this issue. The origin of these difficulties is twofold: One is the excessive greed and rapacity of the factory owners, and the other is the gratuitous demands, the greed, and the intransigence of the workers. One must therefore seek to address both.

Now, the root cause of these difficulties lies in the law of nature that governs present-day civilization, for it results in a handful of people accumulating vast fortunes that far exceed their needs, while the greater number remain naked, destitute, and helpless. This is at once contrary to justice, to humanity, and to fairness; it is the very height of inequity and runs counter to the good-pleasure of the All-Merciful.

This disparity is confined to the human race: Among other creatures, that is, among the animals, a certain kind of justice and equality prevails. Thus there is equality within a shepherd’s flock, or within a herd of deer in the wilderness, or among the songbirds that dwell in the mountains, plains, and orchards. The animals of every species enjoy a measure of equality and do not differ greatly from one another in their means of existence, and thus they live in perfect peace and joy.

It is quite otherwise with the human race, where the greatest oppression and injustice are to be found. Thus you can observe, on the one hand, a single person who has amassed a fortune, made an entire country his personal dominion, acquired immense wealth, and secured an unceasing flow of gains and profits, and, on the other, a hundred thousand helpless souls—weak, powerless, and wanting even a mouthful of bread. There is neither equality here nor benevolence. Observe how, as a result, general peace and happiness have become so wanting, and the welfare of humanity so undermined, that the lives of a vast multitude have been rendered fruitless! For all the wealth, power, commerce, and industry are concentrated in the hands of a few individuals, while all others toil under the burden of endless hardships and difficulties, are bereft of advantages and benefits, and remain deprived of comfort and peace. One must therefore enact such laws and regulations as will moderate the excessive fortunes of the few and meet the basic needs of the myriad millions of the poor, that a degree of moderation may be achieved.

However, absolute equality is just as untenable, for complete equality in wealth, power, commerce, agriculture, and industry would result in chaos and disorder, disrupt livelihoods, provoke universal discontent, and undermine the orderly conduct of the affairs of the community. For unjustified equality is also fraught with peril. It is preferable, then, that some measure of moderation be achieved, and by moderation is meant the enactment of such laws and regulations as would prevent the unwarranted concentration of wealth in the hands of the few and satisfy the essential needs of the many. For instance, the factory owners reap a fortune every day, but the wage the poor workers are paid cannot even meet their daily needs: This is most unfair, and assuredly no just man can accept it. Therefore, laws and regulations should be enacted which would grant the workers both a daily wage and a share in a fourth or fifth of the profits of the factory in accordance with its means, or which would have the workers equitably share in some other way in the profits with the owners. For the capital and the management come from the latter and the toil and labour from the former. The workers could either be granted a wage that adequately meets their daily needs, as well as a right to a share in the revenues of the factory when they are injured, incapacitated, or unable to work, or else a wage could be set that allows the workers to both satisfy their daily needs and save a little for times of weakness and incapacity.

If matters were so arranged, neither would the factory owners amass each day a fortune which is absolutely of no use to them—for should one’s fortune increase beyond measure, one would come under a most heavy burden, become subject to exceeding hardships and troubles, and find the administration of such an excessive fortune to be most difficult and to exhaust one’s natural powers—nor would the workers endure such toil and hardship as to become incapacitated and to fall victim, at the end of their lives, to the direst need.

It is therefore clearly established that the appropriation of excessive wealth by a few individuals, notwithstanding the needs of the masses, is unfair and unjust, and that, conversely, absolute equality would also disrupt the existence, welfare, comfort, peace, and orderly life of the human race. Such being the case, the best course is therefore to seek moderation, which is for the wealthy to recognize the advantages of moderation in the acquisition of profits and to show regard for the welfare of the poor and the needy, that is, to fix a daily wage for the workers and also to allot them a share of the total profits of the factory.

In brief, insofar as the mutual rights of the factory owners and the workers are concerned, laws must be enacted that would enable the former to make reasonable profits and the latter to be provided with their present necessities and their future needs, so that if they become incapacitated, grow old, or die and leave behind small children, they or their children will not be overcome by dire poverty but will receive a modest pension from the revenues of the factory itself.

For their part, the workers should not make excessive demands, be recalcitrant, ask for more than they deserve, or go on strike. They should obey and comply and make no demands for exorbitant wages. Rather, the mutual and equitable rights of both parties should be officially fixed and established according to the laws of justice and compassion, and any party that violates them should be condemned after a fair hearing and be subject to a definitive verdict enforced by the executive branch, so that all affairs may be appropriately ordered and all problems adequately resolved.

The intervention of the government and the courts in the problems arising between owners and workers is fully warranted, since these are not such particular matters as are ordinary transactions between two individuals, which do not concern the public and in which the government should have no right to interfere. For problems between owners and workers, though they may appear to be a private matter, are detrimental to the common good, since the commercial, industrial, and agricultural affairs, and even the general business of the nation, are all intimately linked together: An impairment to one is a loss to all. And since the problems between owners and workers are detrimental to the common good, the government and the courts have therefore the right to intervene.

Even in the case of differences that arise between two individuals with regard to particular rights, a third party, namely the government, is needed to resolve the dispute. How, then, can the problem of strikes, which entirely disrupt the country—whether they arise from the inordinate demands of the workers or the excessive greed of the factory owners—remain neglected?

Gracious God! How can one see one’s fellow men hungry, destitute, and deprived, and yet live in peace and comfort in one’s splendid mansion? How can one see others in the greatest need and yet take delight in one’s fortune? That is why it has been decreed in the divine religions that the wealthy should offer up each year a portion of their wealth for the sustenance of the poor and the assistance of the needy. This is one of the foundations of the religion of God and is an injunction binding upon all. And since in this regard one is not outwardly compelled or obliged by the government, but rather aids the poor at the prompting of one’s own heart and in a spirit of joy and radiance, such a deed is most commendable, approved, and pleasing.

This is the meaning of the righteous deeds mentioned in the heavenly Books and Scriptures.”  -Abdu’l-Baha. Some Answered Questions, p.315-320

“Today the method of demand is the strike and resort to force, which is manifestly wrong and destructive of human foundations. Rightful privilege and demand must be set forth in laws and regulations.” -Abdu’l-Bahá, The Promulgation of Universal Peace, p. 238

This topic is explained in such detail by Abdu’l-Baha that any commentary is unnecessary. Besides the economic loss due to strikes, there is also a spiritual loss that it causes. So much disunity that it creates, so much hatred, so much mistrust. Those bad feelings do far more damage in a society than the economic ones.

We Grow When We Are Uncomfortable

Millennials and Generation Z- Thank God They Are Not Like Me