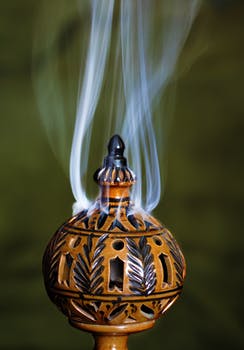 Whether at the individual level or the national level, everyone is trying to solve their economic problems. The economic situation of the world at present is in a state of confusion and we are looking down many avenues for a solution. As a member of the Baha’i Faith and an economist, I believe that the answers may be found in conceiving of economic systems as spiritual enterprises.

“The secrets of the whole economic question are Divine in nature, and are concerned with the world of the heart and spirit.”  -Abdu’l-Bahá

Every individual has a role to play, using honesty, integrity, and fairness as a yardstick, as does society as a whole. The international governing body for the Baha’i Faith wrote the following in 2010, regarding the necessary connection between morality and wealth:

“Many would readily acknowledge that the acquisition of wealth should be governed by the requirements of justice, which, as a principle, can be expressed to varying degrees, on different levels. An employer and employee, for example, are bound by the laws and conventions that regulate their work, and each is expected to carry out his or her responsibilities with honesty and integrity. …

The wide margin, often unjustifiable, between the production costs of certain goods and the price at which they are sold likewise requires attention, as does the question of the generation of wealth through measures that “enrich the generality of the people”. What such reflection and inquiry will no doubt make abundantly clear is that certain approaches to obtaining wealth—so many of which involve the exploitation of others, the monopolization and manipulation of markets, and the production of goods that promote violence and immorality—are unworthy and unacceptable.”

Adam Smith, the father of our economic system, declared that self-interest should be the driving force behind every economic activity in order to achieve material prosperity. This led to a philosophy of individualism, creating detachment and lack of empathy and an economic disparity that most people are recognizing as unjust.

In 2008 the economic system of the world almost collapsed due to greed and a lack of morality in the system. The governments spent billions to avoid the collapse of the system but nothing has been done to remedy the root cause of the problem which was greed and self-interest.

The need for a new and better economic system is felt both by the layperson and the expert. Perhaps it is time to approach our participation in economic activities in a spiritual way and thereby take steps to improve the economic prosperity of the world.

In March of this year, the Baha’i international governing body wrote that:

“even if current approaches to economic life satisfied humanity’s stage of adolescent, they are certainly inadequate for its dawning age of maturity …there is an inherent moral dimension to the generation, distribution, and utilization of wealth and resources.”

Through the study of the spiritual principles of religions and great philosophers, we can increase our understanding of the importance of the changes that are needed in our lives to become better human beings and to implement them in our economic dealings.

Small changes in our attitude will change our daily economic activities, and that will eventually lead us to a new economic system where there is economic justice and all people have the means to pursue their true potential.