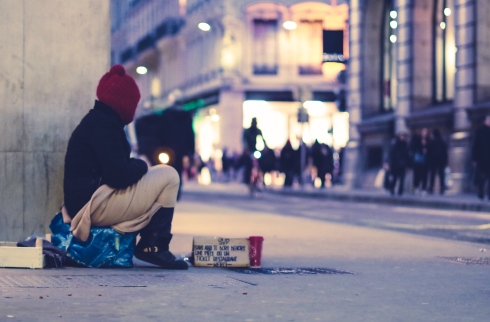 This was the title of a news item:

“The 26 richest people on earth in 2018 had the same net worth as the poorest half of the world’s population, some 3.8 billion people.”

This reminded me of another report:

“A CEO from one of the world’s top five global fashion brands has to work for just four days to earn what a garment worker in Bangladesh will earn in an entire lifetime.”

Some may argue that is not true because, in general, people have more than they had in the past, the standard of living has improved for most of the middle class so that they are richer. This not always true because they may not know all the facts. As standards of living improved for most of them so did the level of their debts. That increase in debt is due to more access to credits, loans, and mortgages. People are spending more than they make. But I am thinking of the poor who do not have enough to live so getting a loan or credit is out of the question for them.

There can be many arguments about the accuracy of the data and the methods of collecting it but no one can deny that the rich are getting richer and the poor poorer.

These headlines are often on TV, newspapers and other social media. This is not the first time such numbers highlight the sad economic situation of the world. As I stared at these statistics, my mind was focused on the plight of the poor and I considered how a fraction of that wealth could change the lives of billions of poor people.

For me, it was the only conclusion that I could draw from these tragic statistics and that made me extremely sad. Then the thought came to me that the rich see these articles and it has not affected the lifestyles of the majority of them and that thought made me feel helpless. I felt that the widening gap between the rich and the poor will continue growing, and no one can stop it. I questioned our humanity that allows these disparities to continue.

Then I decided that I can only do my part as a Baha’i and citizen of the world to call attention to this story in an attempt to reach as many people as possible, in the hope that we can all take a small step to remedy this economic imbalance.

I am reminded of these words:

“Why, then, exhibit such greed in amassing the treasures of the earth, when your days are numbered and your chance is well-nigh lost? Will ye not, then, O heedless ones, shake off your slumber?”

“O ye rich ones on earth!  The poor in your midst are My trust; guard ye My trust, and be not intent only on your own ease.” –  Baha’u’llah

I hope that we wake up to the reality of this situation which is an indication of a sick economic system that favors the rich and ignores the plight of the poor while the majority of humanity stand helplessly on the sidelines.

Each of us can be an instrument of change, however small, by creating in our hearts empathy for the poor and then working in whatever ways we can to remedy this inequity.

I cannot close my eyes to these statistics and do nothing. I am sure there are millions who feel the way I feel and that gives me great hope for the future.