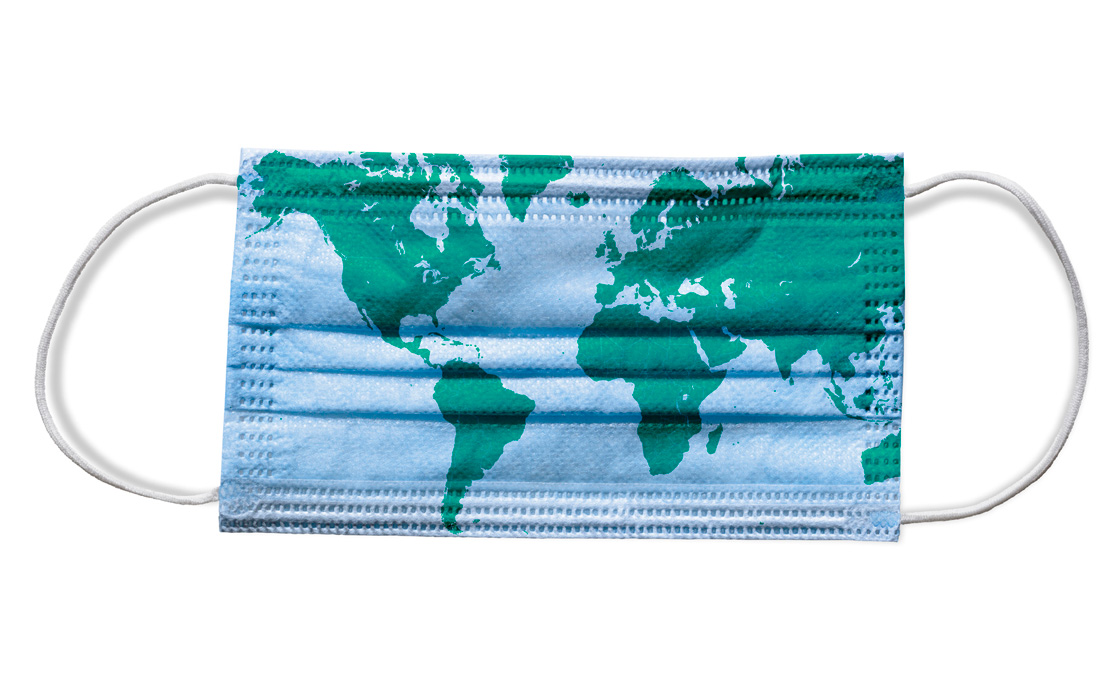 When I was a child, my parents taught me that the goal of my faith, the Baha’i Faith, was the oneness of humanity, and my primary duty was to serve humanity in achieving that goal. Even as a child, I understood it was important work and thought everyone would see it that way.

To motivate me, I memorized quotes about unity from Baha’u’llah, the prophet and founder of the Baha’i Faith, such as these:

Ye are all the leaves of one tree and the drops of one ocean.

Be ye as the fingers of one hand, the members of one body.

Soon society taught me that these ideas were just for dreamers who do not understand people’s lives and real problems in the world. As I grew older, though, I never questioned my goal. I became more and more aware of the obstacles. I knew that there were serious problems, but I believed that solutions could be found if humanity would really try.

There are many reasons humanity has chosen to ignore poverty, and the eradication of diseases, just to name two. The main reason is the lack of willingness, even though all the great religions, poets, and thinkers have advocated the need throughout the ages. I saw this reasoning as an excuse for not even attempting to change things.

Without getting into the politics of it, I’ve been focused on the will to find a cure. The way the world has dealt with COVID-19 by finding a vaccine in a short time has proved that when we want something badly, we will find a way to get it no matter how hard it is.

Despite serious problems finding a cure for COVID-19 and manufacturing a vaccine, it was amazing to observe the efficiency with which different governments communicated and shared information. How quickly all the barriers and obstacles were removed! How the world’s governments cooperated and, more importantly, worked willingly with vaccine-making companies.

Governments went out of their way to be at the service and wishes of the vaccine manufacturers. On the part of manufacturers, they cut red tape, streamlined all their processes, and swiftly came up with an effective vaccine. It is historical what they have achieved and how quickly they have produced it and tested it.

As the vaccines were being developed, the most impressive deliberations, to me, were discussions about how the world’s developing nations should not be left behind in terms of access to the vaccine and the need for its affordability. That demonstrated a consciousness and sympathy for the nations that do not have the technology or the financial resources. We have proven that humankind can deal with huge problems and overcome them when we tap into our humanity and solve the issues that threaten the world.

As Abdu’l-Baha, the son of Baha’u’llah and his designated successor explained during a talk in 1912 in New York City:

It is self-evident that humanity is at variance. Human tastes differ; thoughts, native lands, races and tongues are many. The need of a collective center by which these differences may be counterbalanced and the people of the world be unified is obvious. Consider how nothing but a spiritual power can bring about this unification, for material conditions and mental aspects are so widely different that agreement and unity are not possible through outer means. It is possible, however, for all to become unified through one spirit, just as all may receive light from one sun. Therefore, assisted by the collective and divine center which is the law of God and the reality of His Manifestation, we can overcome these conditions until they pass away entirely and the races advance.

The time has come to understand that the oneness of humanity is not a dream or empty slogan but instead an essential element for facing our problems. We need to continue to unite using an international approach rather than a narrow view of nationalism. This pandemic, like the issue of the environment, made boundaries between countries irrelevant. If we widen our horizon, it will not be at the cost of love for our country. It shows that we love our country and want it to prosper and thrive along with the rest of the world. As Baha’u’llah wrote nearly 150 years ago, “Glory not in love for your country, but in love for all mankind.”

The urgent task now is to bring the world’s attention to the importance and urgency of uniting as one human family so that with our collective energies, we can deal with the challenges facing us. It is clear that many world problems would not have started if there had been unity and cooperation between people and the world’s governments.

The Universal House of Justice, the democratically elected global governing body of the Baha’i Faith, beautifully explains it:

The welfare of any segment of humanity is inextricably bound up with the welfare of the whole. Humanity’s collective life suffers when any one group thinks of its own well-being in isolation from that of its neighbours’ or pursues economic gain without regard for how the natural environment, which provides sustenance for all, is affected. A stubborn obstruction, then, stands in the way of meaningful social progress: time and again, avarice and self-interest prevail at the expense of the common good.

Unconscionable quantities of wealth are being amassed, and the instability this creates is made worse by how income and opportunity are spread so unevenly both between nations and within nations. But it need not be so. However much such conditions are the outcome of history, they do not have to define the future, and even if current approaches to economic life satisfied humanity’s stage of adolescence, they are certainly inadequate for its dawning age of maturity. There is no justification for continuing to perpetuate structures, rules, and systems that manifestly fail to serve the interests of all peoples.

The Creator of the universe wishes its people to live in harmony and peace. The time has come to accept this vital fact that the world’s survival and prosperity depend on its people’s unity. Science and technology have created the tools for the unification of the world, and this pandemic proved how closely we are connected and how we are in it together. Technology has removed the physical barriers, and now we need to remove the barriers in our hearts and minds and see ourselves as one race, one people, and one family.