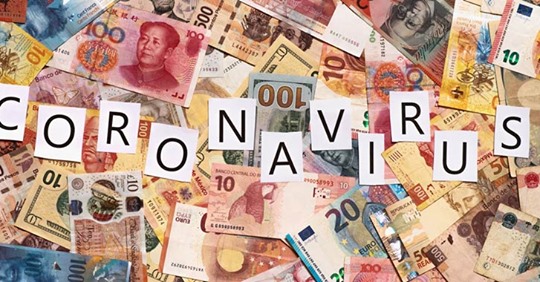 The onset of the coronavirus has highlighted the need for economic changes for humanitarian purposes — changes many economists and many everyday people have been crying for. There is a need for an economic system that can adjust to the needs of humanity and eliminate the extremes in wealth between the haves and the have-nots.

The problem is the failure to grasp the fact that each of us, from the poorest person to the richest, are the stakeholders in all the affairs of humanity. We all are in this together. That’s why I have spent the past 40 years advocating through my books, talks, and articles that we address the nature of economic problems through spiritual solutions. According to the Baha’i Writings:

The secrets of the whole economic question are Divine in nature, and are concerned with the world of the heart and spirit. In the Baha’i Teachings this is most completely explained, and without the consideration of the Baha’i Teachings, it is impossible to bring about a better state. – Abdu’l-Baha, The Baha’i World

How many religious leaders, philosophers, economic experts, and many more have attempted to bring changes to a system that has been built on the idea of promoting self-interest and individualism without any thought given to creating prosperity for the whole humanity?

Now coronavirus is tearing into those barriers of nationalism, racism, and religious differences and making everyone think, “Oh my God, we all are in this together.” This realization weakens those barriers but does not destroy it.

Many experts have explained the need for change and tried to influence those who make and implement the laws and regulations of the economic system. In essence, our economic system needs to serve as a means for upholding the welfare of all its citizens, not just a small number of wealthy individuals. Yet all these efforts so far have been in vain. Our policymakers don’t seem to realize that they have the means to lift millions of people from the misery of poverty or to eradicate diseases that kill millions of poor people.

The question in my mind is, do we need a disaster — like this one that has paralyzed the whole world — to wake us up to the fact that this universe, this earth has been created by one creator? We are all its occupants, so why don’t we act as neighbors or family members? Baha’u’llah, the Prophet-Founder of the Baha’i Faith wrote that “The earth is but one country and mankind its citizens” (Baha’u’llah, Gleanings from the Writings of Baha’u’llah)

… the human body, all the members of which are connected and linked with one another with the greatest strength. How much the organs, the members and the parts of the body of man are intermingled and connected for mutual aid and help, and how much they influence one another!  – Abdu’l-Baha, Some Answered Questions

Why can’t we create an economic system in such a way that all the citizens of the world would live fulfilling lives in prosperity?

A 2017 letter from the international administrative body of the Baha’i Faith, The Universal House of Justice addresses this issue:

The welfare of any segment of humanity is inextricably bound up with the welfare of the whole. Humanity’s collective life suffers when any one group thinks of its own well-being in isolation from that of its neighbours’ or pursues economic gain without regard for how the natural environment, which provides sustenance for all, is affected. A stubborn obstruction, then, stands in the way of meaningful social progress: time and again, avarice and self-interest prevail at the expense of the common good. Unconscionable quantities of wealth are being amassed, and the instability this creates is made worse by how income and opportunity are spread so unevenly both between nations and within nations. But it need not be so. However much such conditions are the outcome of history, they do not have to define the future, and even if current approaches to economic life satisfied humanity’s stage of adolescence, they are certainly inadequate for its dawning age of maturity. There is no justification for continuing to perpetuate structures, rules, and systems that manifestly fail to serve the interests of all peoples. – Universal House of Justice, March 1, 2017

So many well-intended experts have tried to improve the system, but human-made solutions have not resulted in any improvements and instead have made it worse. As the Baha’i writings tell us:

Economic plans of reconstruction have been carefully devised, and meticulously executed.  And yet crisis has succeeded crisis, and the rapidity with which a perilously unstable world is declining has been correspondingly accelerated.  A yawning gulf threatens to involve in one common disaster both the satisfied and dissatisfied nations, democracies and dictatorships, capitalists and wage-earners, Europeans and Asiatics, Jew and Gentile, white and coloured. – Shoghi Effendi,  The World Order of Baha’u’llah

The reason for this failure is that our economic system needs fundamental changes. It requires a moral and spiritual overhaul.

… religion alone can, in the last resort, bring in man’s nature such a fundamental change as to enable him to adjust the economic relationships of society. It is only in this way that man can control the economic forces that threaten to disrupt the foundations of his existence, and thus assert his mastery over the forces of nature. – Shoghi Effendi, 26 December 1935, letter to an individual believer.

I believe that humanity has reached that level of maturity. It is my hope that it won’t take crises and disasters to inspire us to find a better way of organizing our affairs — including economics.