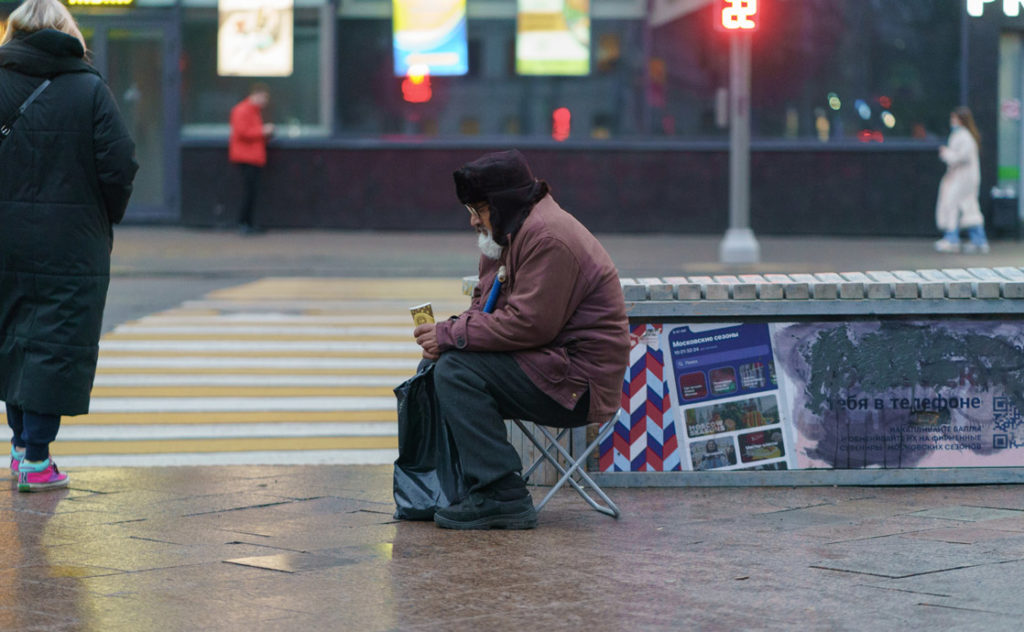 The recent pandemic has highlighted the glaring disparities in the economic system between the rich and the poor. On the one hand, we have the plight of poor people living under the poverty line and trying to survive the onslaught of miseries caused by financial hardship. In contrast, a small percentage of people continue to add billions to their already colossal wealth.

It upsets me because it looks like humanity has lost its consciousness and has become numb to the poor and underprivileged sufferings. I see the ever-widening gap between the poor and the rich getting wider and wider, yet there seems to be no solution in sight. That makes me more determined than ever to keep this issue alive and continue to address it.

I like to use the word “humanomics” to describe the solution to the inequalities in our economic system because a lack of humanity has been with the system since its inception and has had devastating effects on millions of lives.

Baha’u’llah, the prophet and founder of the Baha’i Faith, taught us how to treat the poor. It is no wonder that he was called “Father of the Poor.” He wrote:

Know ye that the poor are the trust of God in your midst.  Watch that ye betray not His trust, that ye deal not unjustly with them and that ye walk not in the ways of the treacherous.  Ye will most certainly be called upon to answer for His trust on the day when the Balance of Justice shall be set, the day when unto every one shall be rendered his due, when the doings of all men, be they rich or poor, shall be weighed.

The Baha’i Writings remind us to be aware of our role in taking care of the poor since our moral and spiritual duty is to protect and care for them. Baha’u’llah also wrote:

“O Son of Man! Bestow My wealth upon My poor, that in heaven thou mayest draw from stores of unfading splendour and treasures of imperishable glory. But by My life! To offer up thy soul is a more glorious thing couldst thou but see with Mine eye.

In addition to helping on an individual level, we need to change the economic system to make it more sensitive to people’s needs and inject morality and spirituality into it to serve humanity rather than humanity being sacrificed to make the system work. We need Humanomics: a human system with human values and less of economics.

This can only be done by practicing truthfulness, trustworthiness, and other moral values in our actions, especially in our economic activities. These activities are not just economical but spiritual. In a talk in Boston in 1912, Abdu’l-Baha, the son of Baha’u’llah and his designated successor, explained that “The fundamentals of the whole economic condition are divine in nature and are associated with the world of the heart and spirit.”

In 1935, Shoghi Effendi, the Guardian of the Baha’i Faith, further explained Abdu’l-Baha’s  meaning:

… By the statement ‘the economic solution is divine in nature’ is meant that religion alone can, in the last resort, bring in man’s nature such a fundamental change as to enable him to adjust the economic relationships of society.  It is only in this way that man can control the economic forces that threaten to disrupt the foundations of his existence, and thus assert his mastery over the forces of nature.

The economic problems of the world will not be solved if we do not change the system. The present financial system is a by-product of the old order and was built on wrong assumptions. It is assumed that people only think of their interests and do not concern themselves with others’ plight. This assumption has been the engine for driving the system, and it has become a fertile ground for greed to spread in every aspect of human life, and we can see the result is the present economic injustices in the world.

The sad part about this is that every single day that this continues, thousands of people in the world will be dragged into a life full of economic challenges without any hope of remedy.

The essential element missing in the present economic system is justice, which has to be its foundation. Economic justice these days is the scarcest commodity in the world. In a talk in Montreal in 1912, Abdu’l-Baha told the audience:

We ask God to endow human souls with justice so that they may be fair, and may strive to provide for the comfort of all, that each member of humanity may pass his life in the utmost comfort and welfare. Then this material world will become the very paradise of the Kingdom, this elemental earth will be in a heavenly state, and all the servants of God will live in the utmost joy, happiness and gladness.

I feel that every individual is responsible for trying to do his or her utmost to lessen the burden of poverty from the shoulders of our fellow humans so that every person in the world has the economic means to live a comfortable and fulfilled life — which is a fundamental human right.

Though the possibility of the economic system becoming more humane looks like a far-fetched dream, if we desire it and strive to attain it by playing our small part, we can transform this rigid system — which is currently devoid of spirit — into a fantastic tool for the prosperity of humanity.