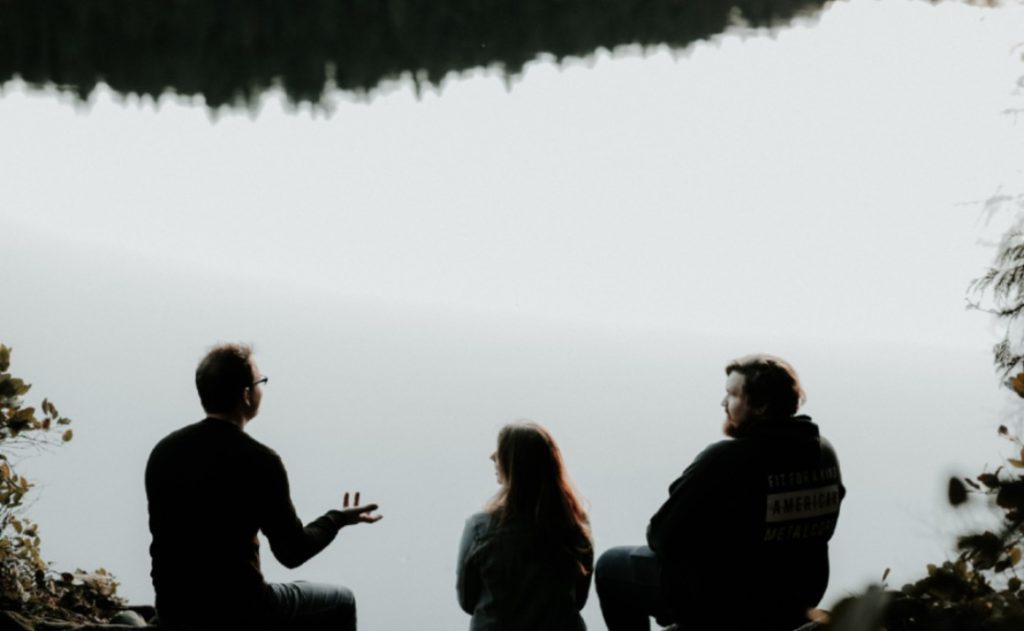 When is the last time you had a deep, meaningful conversation with somebody? Wouldn’t you like to have more of those?

We sometimes spend hours talking to people without it amounting to anything concrete. Those conversations can build community and friendships, and we need to have them feel we are part of society. Small talk helps us connect with people safely without offending or contradicting them. That is why in many countries people talk about the weather — which to visitors seems strange, irrelevant, and a waste of time.

As people get used to making meaningless small talk to connect, they’re also forced to tolerate and observe conversations that are hateful, divisive, and hurtful. These harmful conversations are mostly based on the supremacy of one political view, ideology, race, religion, and nationality over others. These subjects and many more have been used to put one set of people down by criticizing them so that they feel good about themselves. Observing these conversations is so painful that I’ll take meaningless conversations about the weather at any time.

At present, the art of meaningful conversation is being gradually forgotten and has become a rare commodity. Humanity seems to be losing its way of communicating with each other and is choosing confrontation instead. Hurtful words are often used to inflict the most harm to the opposite views. The Baha’i Writings remind us about the importance of being courteous and sensitive in choosing our words while addressing others, especially those whose ideas are different from ours. Baha’u’llah, the prophet and founder of the Baha’i Faith, wrote:

“Every word is endowed with a spirit, therefore the speaker or expounder should carefully deliver his words at the appropriate time and place, for the impression which each word maketh is clearly evident and perceptible. The Great Being saith: One word may be likened unto fire, another unto light, and the influence which both exert is manifest in the world.”

Social media, with all its benefits, has given a new dimension to this problem. It provides an avenue for anyone to say whatever comes to their mind under the pretext of “Freedom of Speech.” As a result, some people have replaced logic and common sense with erratic emotional outbursts that achieve nothing except creating pain and hate.

The other side effect of this phenomenon is when people reject any logical and scientific idea which does not coincide with their views by labeling it “fake.” Though misinformation and propaganda have been part of media since the beginning of newspapers, it has only recently reached its highest peak. It has entered areas of life that were untouched before.

Sometimes people don’t want to spend the energy to investigate the truth, so they outright reject it since there is the danger of learning they could be proven wrong. So, by calling other points of view “fake,” we escape the chance of learning something new or finding a new way of looking at the issues, and that will lead to a war of words. These warring parties fight a bitter battle of conversations as if they are on the battlefield having one goal: the destruction of the other’s point of view at any cost.

We can’t continue to tread this path of inability. Instead, we need to have a meaningful conversation so that humanity can choose a united way to build the future. The world needs to go back to the basic principles of communication. Learning the art of meaningful conversation and consultation will help us solve the matters that are tearing our society apart. We need to see each other not as enemies, but rather as fellow human beings, and be forgiving in dealing with one another. Abdu’l-Baha, the son of Baha’u’llah wrote:

“Be in perfect unity. Never become angry with one another… Love the creatures for the sake of God and not for themselves. You will never become angry or impatient if you love them for the sake of God. Humanity is not perfect. There are imperfections in every human being, and you will always become unhappy if you look toward the people themselves. But if you look toward God, you will love them and be kind to them, for the world of God is the world of perfection and complete mercy

Truth is essential to a just, equitable society. Indeed, Abdu’l-Baha wrote, “The shining spark of truth cometh forth only after the clash of differing opinions.”

However, the problem lies when we bring the ego into the conversation. Then it becomes the clash of egos rather than ideas. That, in turn, leads us to conflict and hatred. Instead, we need to learn the basic principles of consultation. Abdu’l-Baha gave us a few points to keep in mind. He wrote that we:

“… must take counsel together in such wise that no occasion for ill-feeling or discord may arise. This can be attained when every member expresseth with absolute freedom his own opinion and setteth forth his argument. Should anyone oppose, he must on no account feel hurt for not until matters are fully discussed can the right way be revealed.”

The problem with the lack of meaningful conversation and consultation is the absence of moral and spiritual guidelines for proper interactions. Shoghi Effendi, the Guardian of the Baha’i Faith, provides us with the fundamentals. He wrote:

“They must when coming together turn their faces to the Kingdom on High and ask aid from the Realm of Glory. They must then proceed with the utmost devotion, courtesy, dignity, care and moderation to express their views. They must in every matter search out the truth and not insist upon their own opinion, for stubbornness and persistence in one’s views will lead ultimately to discord and wrangling and the truth will remain hidden.”

Here is more advice from Baha’u’llah: He wrote that we should speak “with words as mild as milk” and ‘with utmost leniency and forbearance so that the sweetness of his words may induce everyone to attain that which befitteth man’s station.”

Although meaningful conversation looks like a simple statement, its influence and potential are immense. After all, it is the foundation for building a system of communication to resolve the ever-increasing and complicated problems facing humanity.